There are two main forces fighting against each other in this kingdom: Amity and Supremacy. Choose wisely and join one of these factions to fight in the impending war. Once in a Faction, players will be able to make new friends, obtain resources and fame and participate in PVP battles. Within each Faction, players can also compete with each other to become the best in the rankings and upgrade their status. 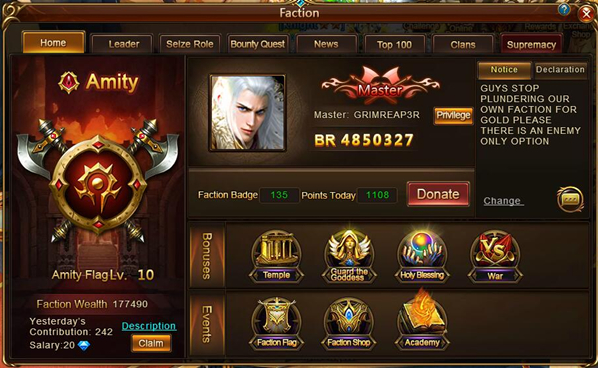 After finishing Faction Quests, players will get Faction Badges and Faction Points as rewards. Badges can be exchanged for rare items, Points can be used for improving characters’ abilities. After having joined a Faction, players can build a clan or join one, when a member of a clan finishes a clan quest, all members can get rewards. 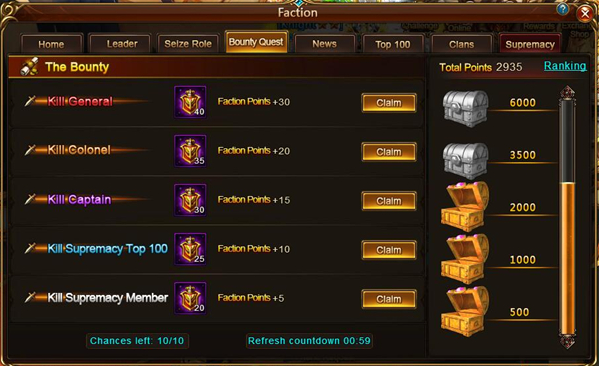 Faction Event: War: The war among Amity and Supremacy lasts 7 days. The Faction with the highest war points will claim the victory and get the authority of the Holy City. Guard the Goddess: Enemies will appear from four rings in the battlefield, they will run to the Goddess and attack her. Players have to stop the enemies from killing her. When her life points run out or the event time runs out, the event will end. Holy Blessing: Players can collect resources to donate to the goddess. The more donations she gets, the more EXP she will repay players with. Falling Chests: Chests will randomly appear in the Holy City and players can collect them to get various rewards or unseal new stories. 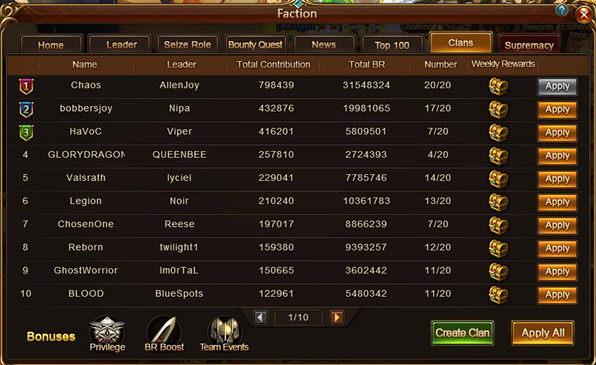